PrevPreviousLooking Out for the less fortunate
NextIngathering of the Exiles: Bring the Jews of Ethiopia HomeNext

The Jewish holiday of Shavuot is finally here. If you recall our Sefirat Haomer article, we have been eagerly counting the days to Shavuot since Passover, a total of seven weeks, or 49 days. Shavuot is the holiday that marks the anniversary of when God gave the Jewish people the Torah at Mount Sinai.

It is customary to eat dairy meals on Shavuot. There are various theories about the origin of this custom. One of the ideas is that upon receiving the Torah, the Jewish people became obligated in the dietary laws of Kashrut. According the laws of Kashrut, one may not mix meat and milk, and the Torah gives very specific laws about how to humanely slaughter and prepare Kosher animals for consumption. Slaughtering animals is prohibited on Shabbat and festivals, and so they were unable to correctly slaughter animals to have meat at their holiday meals. Therefore, they ate dairy, and the custom has remained.

In several places, the Bible mentions milk and honey in relation to God and the Land of Israel. The Book of Exodus refers to Israel as a land “flowing with milk and honey” (3:8). In the Song of Songs, it says, “milk and honey are under your tongue” (4:11) referring to God’s relationship with the Jewish people. Some communities also add honey to their Shavuot menus because of these verses.

These very verses come to life today in Judea and Samaria, also known as Israel’s Heartland. Israel’s heartland is home to numerous farms, including goats, sheep and cow farms. They produce the dairy that Israeli Jews will consume this Shavuot. We are seeing the prophecies come to life with the establishment and growth of communities and agriculture in Israel’s heartland.

One such farmer is Meir Lutz. When Meir was 13 years old, his family of 12 moved to a small hilltop settlement near the Shiloh Valley. Meir is sixth out of 10 children in his family. Living in a small trailer with his large family, he got two goats. These two goats soon had babies, and milk, and before he knew it he had a goat herd and a goat milk business. He started using the goats’ milk to make cheeses and yogurts of all different flavors. There were many attacks by Arabs at that time, who would burn fields and kill farm animals. In order to protect his goats, Meir began sleeping on a hammock with his goats and a guard dog.One night Palestinians poisoned his dog and tried to hurt his goats, but he was able to get up and scare away the terrorists, saving his herd. 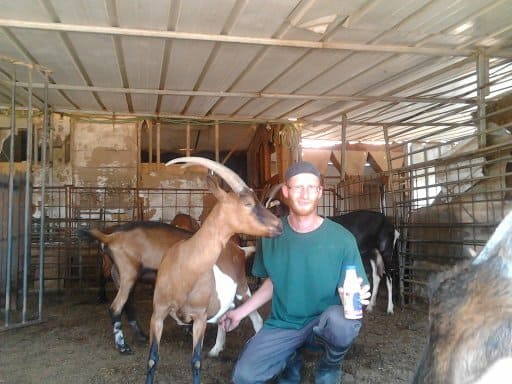 Meir Lutz and the goats

When Meir was 18 years old he got married and had a baby, and at age 19 he was drafted to the IDF where he served as a combat soldier in an Orthodox unit. While he was protecting the State of Israel, his wife took over work on the farm. His family was blessed, and his goats began to produce up to six liters of milk a day,when normally goats produce about two to three liters. The prophecy of Joel was coming true on his very farm, “And it shall come to pass in that day, that the mountains shall drop down sweet wine, and the hills shall flow with milk, and all the brooks of Judah shall flow with waters; and a fountain shall come forth of the house of the Lord…” He has since completed his military service, and people come from all over Israel and abroad to see Meir’s farm, buy his blessed products, and even make their own cheese in his workshops.

Another great miracle that is taking place right now in Israel is the establishment of the new American Embassy in Jerusalem. It is fitting that in the week of Yom Yerushalaim, the reunification of Jerusalem, and the week of the festival of Shavuot, President Trump fulfilled his promise of moving the embassy to Jerusalem. Speeches were given by politicians, rabbis, and pastors alike, all attesting to the miracle that took place on Monday.

“Thus says the Lord, ‘I will return to Zion and will dwell in the midst of Jerusalem. Then Jerusalem will be called the City of Truth,'” said Prime Minister Benjamin Netanyahu, quoting a verse from the Book of Zechariah.

Israel deeply appreciates the American people for recognizing Jerusalem as the capital of the sovereign State of Israel, and for leading the way for other nations to recognize Jerusalem as the capital. Since 1995, numerous presidents have made empty promises to move the embassy to Jerusalem, but this administration was brave enough to fulfill the promise and make the visions of the prophets come to life.

As the Israeli people sit down this Shavuot to eat their cheesecake produced in Israel’s Heartland, they will know that they are living in a time of miracles, a time when prophecies come true, and they will be even more open to receiving the Torah once again, 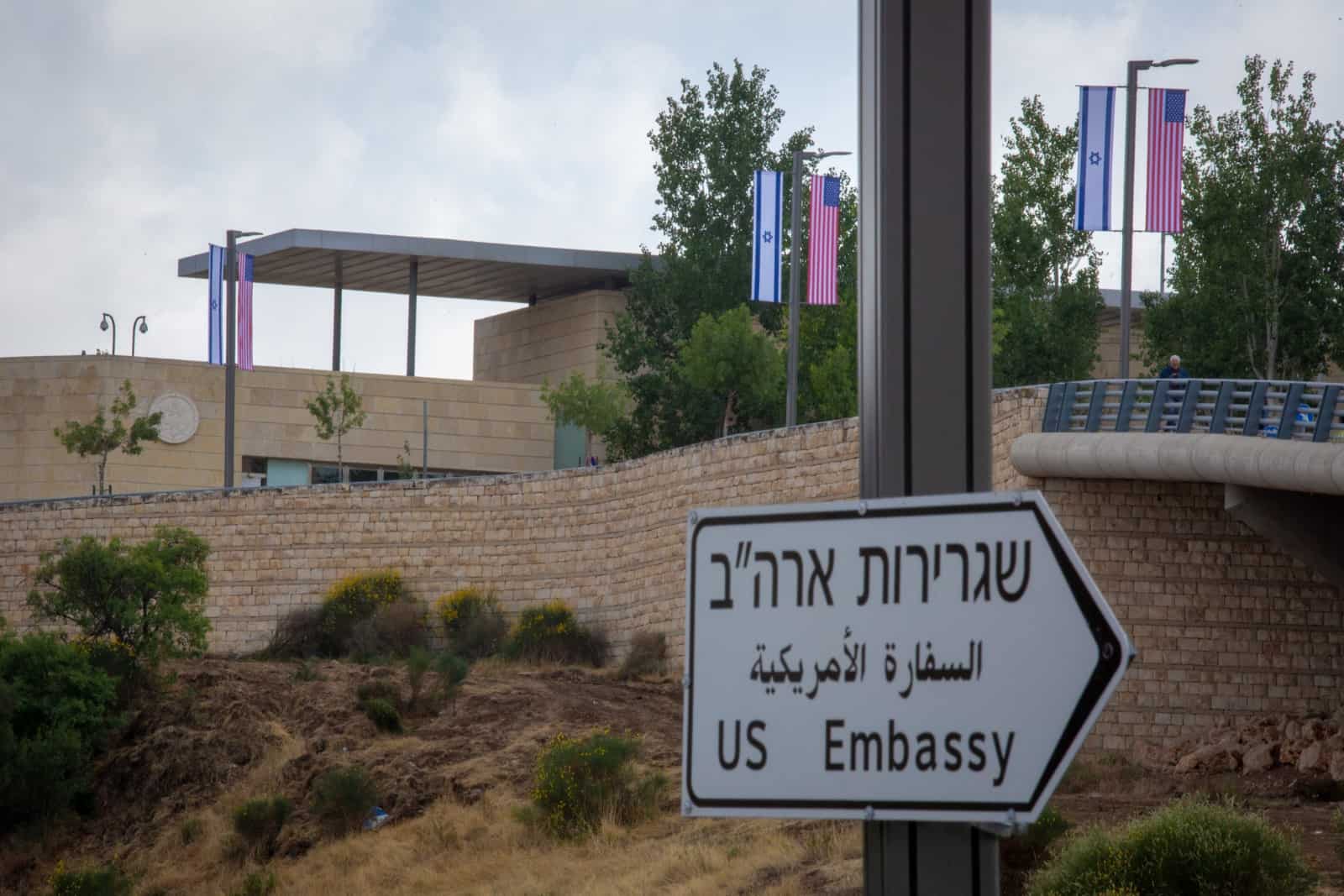 The US Embassy in Jerusalem by Hillel Meir-TPS