The Bible defines two types of wars; obligatory wars  (commanded by G-d) and discretionary wars (allowed under specified conditions).  When a Jewish army approaches a city in a discretionary war, it first must offer the residents the option of a peaceful surrender.  Only after refusal by the enemy of Israel does the army of G-d wage war. (In the spirit of the Torah the IDF drops leaflets before attacking their enemy, warning citizens to clear the area. The IDF sends in foot soldiers instead of bombing areas populated with citizens, raising the danger our soldiers face in order to lower our enemy’s civilian losses). There are times when war is necessary, but the prophet Micha (4:3) shares G-d’s vision of the ideal:

“And they shall beat their swords into plowshares and their spears into pruning hooks; nation shall not lift up sword against nation, nor shall they learn war anymore.”

Committed to this vision and praying for its speedy arrival in Messianic times, the armed forces of the State of Israel is officially named IDF (Israeli DEFENSE Forces).

Yom HaZikaron (Israel’s Memorial Day for Fallen Soldiers and Victims of terror) begins the evening of Tuesday, May 7th and ends as Israeli Independence Day celebrations begin the next evening.  What can the message be, placing these two days together, like a groom and his bride?  How can mourning parents spend a day visiting the grave of their son and then, the very next day meet their friends for a barbeque in the park?

The answer may be found in the story of Sergeant Tuvia Yanai Weissman, HY”D, and his widow, Yael Weissman. In February 2016 while off-duty, Yanai was shopping with his wife and infant daughter in a large, modern supermarket in the Benjamin region north of Jerusalem open to both Jewish and Arab customers.  On a week-long leave, he was out of uniform and without his weapon. However, Yanai didn’t hesitate upon hearing the screams of a nearby shopper. He threw himself at one of two knife-wielding attackers, pushing the murderous teenager off the victim. He was then mortally wounded, stabbed in the back by a second attacker.  Both these murderous youth raised on hatred of God’s chosen People were only fourteen years old.

Speaking at the funeral, Yael spoke to her 21-year-old husband, father of their orphaned daughter:

“I was not able to stop you and I am not sorry. If you had not raced there you would not be the Yanai that I know, the one I fell in love with.  I waited for you to return to me and Netta, I waited for you to hug us and say that everything was fine and that you had succeeded in stopping the terrorists. We waited a long time and you did not return.”

Yanai did not return.  However, he saved one life and protected many more.  He acted as every soldier in the Israeli Defense Force must, so that each member of this small nation surrounded by enemies can live.

The heart-rending proximity of these two national holidays now becomes clear.  Through the pain and loss felt by mourning families on Yom HaZikaron – Memorial Day, comfort is found in knowing their loss has ultimate meaning.  Israel’s children and elderly, its citizens and many tourists, its Jews, Muslims, Christians and atheists are safe in the one Middle-Eastern democracy due to the sacrifice and devotion of the fallen among the IDF.

To bring this message to their daughter, to our nation and to the world, Yael fought valiantly in court to have “killed in combat” engraved on her husband’s headstone.

He was not a victim of terror. He was compelled by his duty as a combat soldier of the Israeli Defense Force, even when “off duty”, to defend lives.

The citizens of Israel will not cower or live in fear.  Once we honor our fallen soldiers and remember the terror victims, murdered simply because they were living in their promised land, we will celebrate our strength and freedom on Yom Ha’Atzma’ut, Israel’s Independence Day.  On this day, Jews around the world and especially those in Israel, celebrate with immense joy and gratitude, the privilege of having a State of Israel and a strong army. 71 years later, we are still like dreamers, as it is written:

“A Song of Ascents. When God brings about the return to Zion, we were like dreamers. Then our mouths will be filled with laughter, and our tongues with joyous song.” (Psalms 126:1-2)

The miraculous story of the Jewish People returning home after a 2000-year Diaspora is still underway. May those who live here and support Israel from afar merit the ultimate comfort for our sacrifices: greeting the Messiah and enjoying the vision of life with no more warfare. 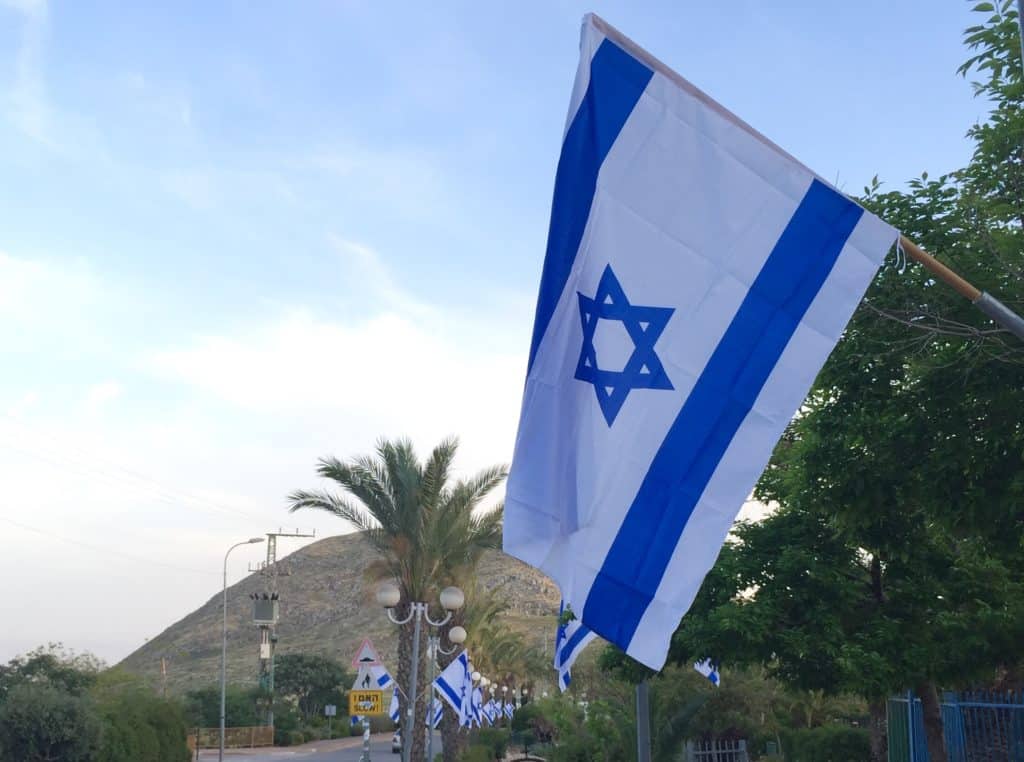