PrevPreviousResting on Shabbat
NextIs there a rail on your roof?Next

As I walked through the ruins of the ancient city of Shiloh, where Joshua set up the tabernacle over 3,000 years ago, I bent down and picked up what looked like a broken handle of a pottery jar. I show it to Dr Scott Stripling, the director of the excavation (sponsored by Associates for Biblical Research). He was in the middle of explaining the digging system to me, and he stopped mid-sentence, raised his sunglasses to get a closer look, and said “Yes, that Iron 1, Tabernacle period,” and continued his conversation, as if finding a piece of ancient pottery was a regular occurance.

The fact is, to Dr. Stripling and his team, that is a regular occurance. The Tabernacle stood here, in Ancient Shiloh, for 369 years. It also served as Israel’s first capital, before Jerusalem. The Jews would come up from all over Israel and bring their sacrifices at the Tabernacle. The pottery that was used to eat the sacrifices with were then broken into pieces. That is why everywhere you walk on the site, you find pottery shards from that period.

Traveling through the Land of Israel is an incredible way to experience the Bible firsthand. You literally walk the paths of our forefathers and visit sites of prophecies and Bible stories. There is no way to feel closer to the characters of the Bible than to explore the Holy Land.

Dr. Scott Stripling and his team have set out to unearth hard evidence of the biblical narrative. With over 20 years of archaeological experience under his belt, Dr. Stripling has uncovered artifacts dating to the Bronze and Iron Ages. He is currently working in Israel’s Heartland in Shiloh, the biblical city where the tabernacle was kept. Every day, Dr. Stripling and his team of about one hundred volunteers excavate over 2,000 pieces of pottery. Approximately 10% of that is kept for further study. They use these pieces to recreate vessels which they study in order to further understand the time period. They also find around 30 coins per week that date to the late Second Temple Period. Some of the pieces are inscribed with the words “return to Zion,” which means they are from the Bar kochava uprising in 132 AD. It is amazing to find them 2,000 years later, now that we have finally brought that dream and prophecy to a reality, and actually returned to Zion. In addition to this, they have found three scarabs, which are early Egyptian signet rings, unique to a specific Pharaoh who ruled this land before the Israelites arrived here with Joshua. All of this evidence is a testament to civilizations that have existed in Shiloh for millennia. 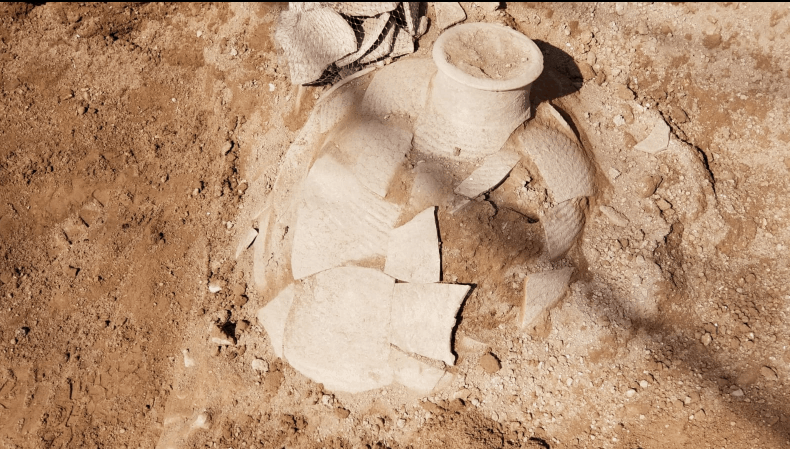 Many people ask Dr. Stripling if there is an archaeological difference between the Canaanite and Israelite periods in Shiloh and biblical Israel. The answer is yes. Between the various periods and civilizations, there are major shifts in material culture, in diet and pottery. For example, the animal bones found from the Israelite period in Shiloh are animals from the biblical sacrificial system. This is proof that Shiloh was a priestly city, as it is stated in the Bible. In addition, just last week the team found a ceramic pomegranate. This artifact is also indicative of priestly cities, and a similar artifact was found in Yokneam, another biblical priestly city, located in northern Israel.

When it comes to finding evidence of the tabernacle itself, hope is a little more slim. As we know, the tabernacle was made of animal skins, and so they would have decomposed by now. But, Dr. Stripling is hopeful to find specific types of clasps that would have been used.

Dr. Stripling and his team from ABR (Associates for Biblical Research) have been involved in digs at several biblical sites in Israel. Volunteers come from all over the world to work on ABR digs, including the United States, Canada, Denmark, and Korea. Anyone can volunteer with the team, and see the Bible come alive before their very eyes.

At the Shiloh site, the team is currently excavating massive fortification walls with part of the glacis still intact. (The glacis is earthen embankment at an angle which protects the foundation of the wall from enemies being able to come and dig under the wall.)

One goal of the ABR excavation is to prove that the Bible is talking about real people, real places, and real events. Joshua crossed the Jordan river and decided to place the Tabernacle here. Ely the high priest served here. Achia the prophet lived here. Now it is your turn to come and give a hand, for a day, a week, a month, watching the Bible come to life before your eyes. 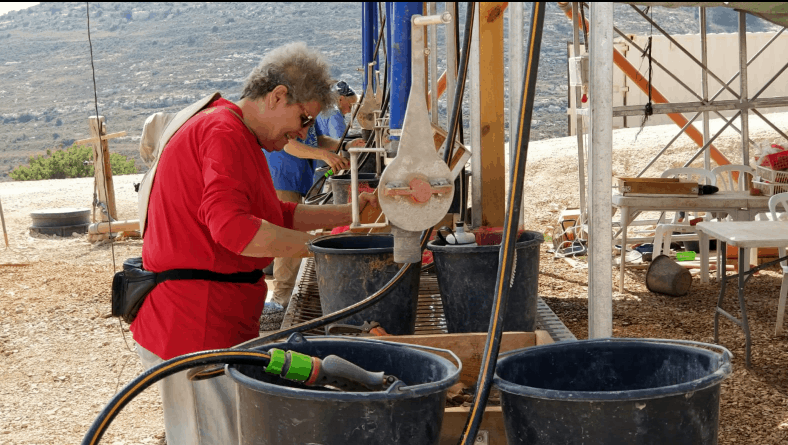 For more information or to join or sponsor a dig,  please visit www.digshiloh.org