On a shelf across from Eliezer and Sarah Rosenfeld sit a row of family pictures.  The pictures tell the usual, time capsulated story of captured childhood happy moments.  The photos chronologize each child’s journey. And then abruptly, two of the sons’ pictures seem to freeze in time.  No more happy smiles. No more captured moments. Frozen.

Tragically the Rosenfeld’s oldest son Yitzchak was killed in an accident while serving as a Pilot in the Israeli air force in 2002. And then, the unthinkable again, only this time it wasn’t an accident.

Malachi, their 25 year old son, was driving home from a basketball game with three of his friends.  A terrorist named Maad Hamad drove by, identifying that the four young men in the car next to him were Jewish, he opened fire.  Nineteen deadly bullets pierced Malachi’s car, which only came to a halt when one of the bullets hit the engine. Volunteers from the nearby settlements raced over and started treating the wounded.

When the ambulances finally arrived and the injured were loaded, it would still take an hour long journey to the closest hospital to receive real treatment. Three of the boys survived, and after a year of therapy, are back to playing basketball again. Malachi Rosenfeld did not make it. By the time he got to the hospital, he had lost too much blood. Malachi, which in Hebrew means “angel,” was declared dead. His parents, there by the side of his hospital bed, were hit with another new reality – a second son had been brutally stolen from them.  Malachi’s face joined his brother Yitzchak as a frozen picture. While the rest of the family continues to grow, get married, have children, sit around the Shabbat table and sing, Malachi along with his brother Yitzchak, only have their memories to live on.

At the funeral, as they were lowering Malachi’s body into the ground, there was not a dry face. Another loss to the raging Palestinian terror. Another human beings life cut short and murdered, for one reason: “he was a Jew.”  Just at that moment, I heard someone start to sing, a quiet and gentle melody, full of hurt and tears. “Who can be singing at this time?” I thought. I picked my face up and wiped my eyes from the tears. Elizezer, Malachi’s father, stood there tightly gripping his two remaining sons, looking down into the grave and singing.

“Afilu behastara, shebetoch haastara……” and even in the hidden times, even the extra hidden times, there is no question that G-d Almighty is present here always. Even behind these harsh things, even there G-d stands present.” The brothers could hardly join in the singing as they choked on their tears. Slowly, the rest of the friends, family members, and the masses that came to the funeral, joined in and sang as well.

But the Eliezer and Sarah that are sitting in front of me today, a little over two years later, are not broken but only stronger. Eliezer plays the clarinet at events and sells his CD’s. Sarah is a social worker and head of a project that helps children that suffer from the trauma of terror attacks. Since Malachi’s murder, Eliezer has been invited around Israel to perform and strengthen others with his soulful music. Sarah is promoting her program to help children from all over the Binyamin Region. 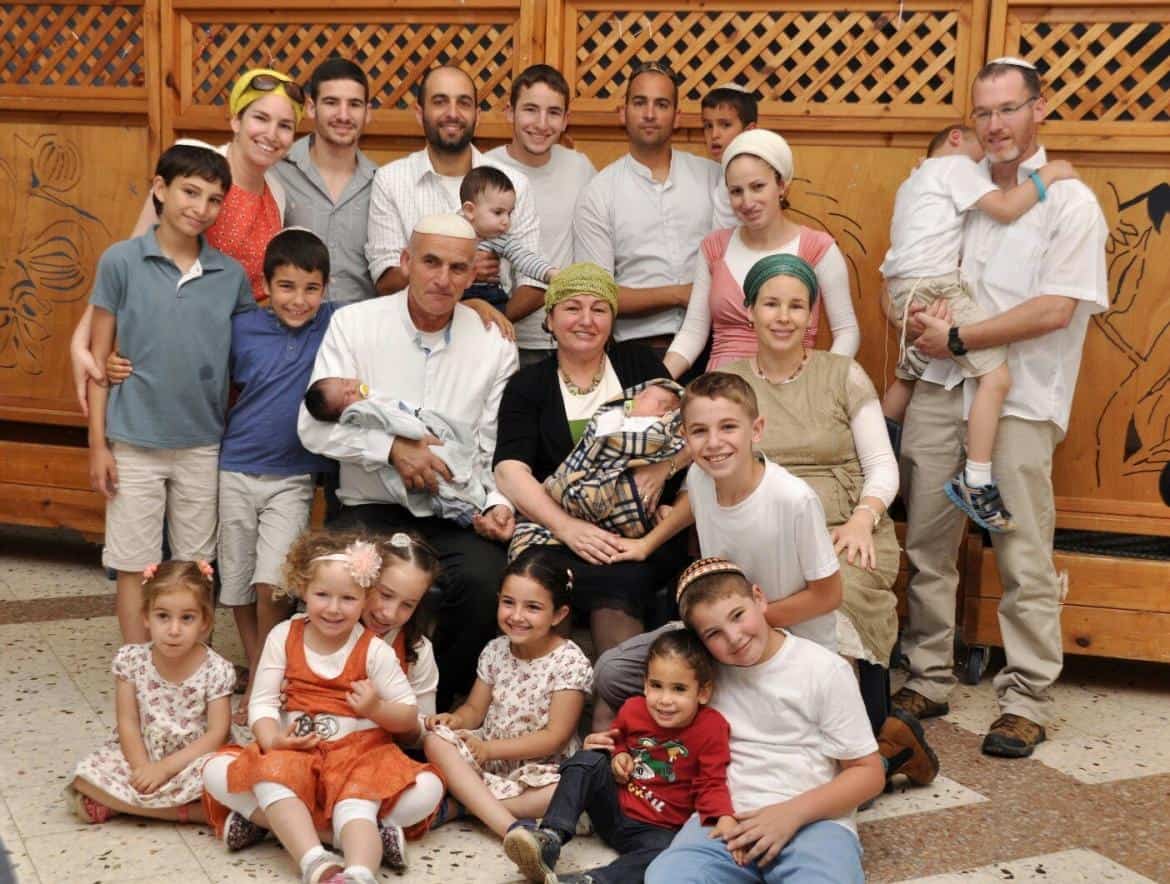 It was the last performance I saw Eliezer give that was the most powerful. The event was in honor of placing the cornerstone of the brand new medical center in the Binyamin Region. A medical center, that had it been standing back in 2015, maybe, just maybe, could have been able to save Malachi.

Sarah and Eliezer, however, tell me, “You can not think “what if.” G-d has a bigger plan for us. We might not always understand why, but he knows better.” Now we have to think ahead on how to save the next life. Sarah and Eliezer have lost two of their children, but they have learned to enjoy their remaining 7 children and 12 grandchildren.

Sarah is on the board of the new Binyamin Medical Center, a lifesaving project that will turn the loss of their son into a lifesaving operation.

They are asking for everyone to join them with this special project.

-Invite them to speak abroad by writing to us.

-Donate on our website and choose The Binyamin Medical Center.

-Or you can mail a check to:

The Heart of Israel

Any donation of $50 or more will receive a free  CD of Eliezer’s clarinet instrumental music.

Sarah and Eliezer ask you to help them continue their message of Life. To take the hurt and pain and understand that it is from G-d, and even though we cannot understand why, that it is for the good. That “even in hidden times, even in extra hidden times, there is no question that G-d Almighty is present here always. Even behind these harsh things, even there G-d stands present.”