Home » Stories » When Rock Bottom Turns into Blessing and Opportunity

When Rock Bottom Turns into Blessing and Opportunity

As he watched his fields go up in flames once again, Akiva Hakohen knew he had to do something.

Akiva and Ayelet Hakohen live in the beautiful Samarian town Yitzhar together with their seven children. In the imperfect conditions of a rocky, hilly landscape, Akiva successfully planted wheat fields and a vineyard. Day after day, the Palestinians from the nearby neighborhood would vandalize his wheat field, setting it on fire, damaging his fences, and even his expensive irrigation system.

Akiva decided to take matters into his own hands and began sleeping in his field in order to protect it. One day, as he was defending his fields, anti-Israel protesters caught the confrontation on camera, and Akiva was arrested. He was sentenced to six months of house arrest in a town called Kfar Gidon, located in Northern Israel. Akivah wanted to make the most of his time in Kfar Gidon, so he planted a wheat field. Contrary to the conditions in Samaria, Kfar Gidon had the perfect climate and landscape for growing wheat, and his new field thrived beyond his wildest dreams. 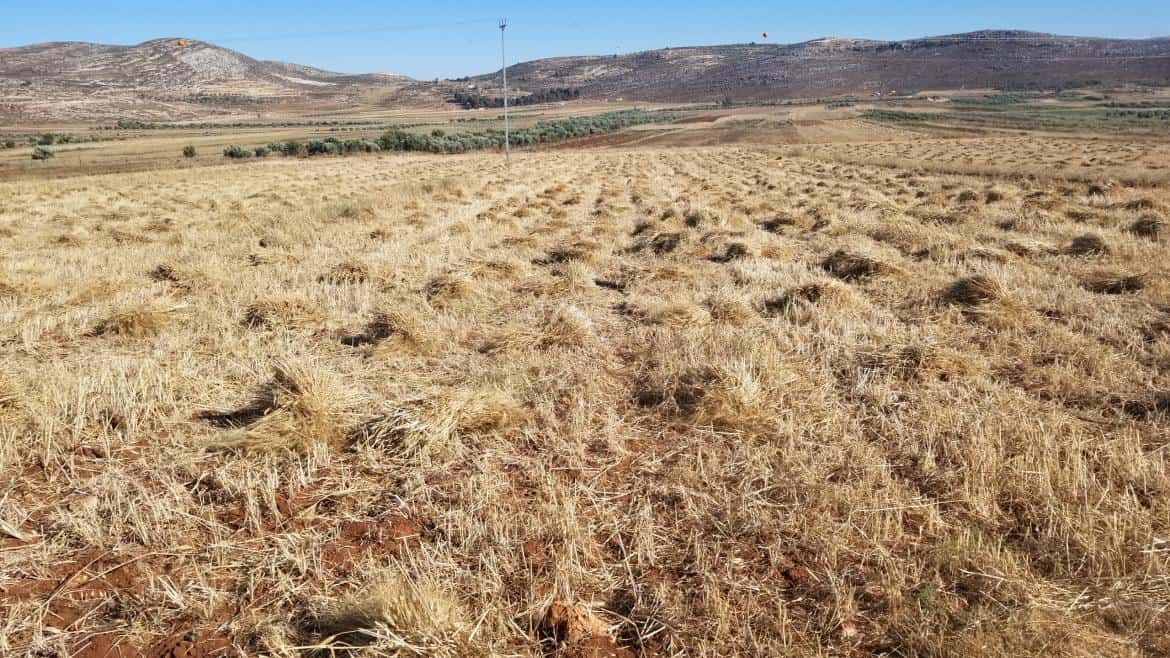 Wheat is one of Israel’s most common crops. It grows in abundance here, as the verse in Deuteronomy 8:8, “A land of wheat and barley, and vines and fig-trees and pomegranates; a land of olive-trees and honey.” Most of Israel’s incredible wheat is exported to European bakeries. Because of its high quality, it is more expensive, and it come out cheaper for Israel to import the wheat that most of its bread is made out of. Akivah found a mill and ground his own flour. Many people began to buy from him because of his flour’s unique, rich “Holy Land” flavor.

The following year, after he returned to Yitzhar, Akiva found a field in Southern Israel to rent. Once again, he planted a wheat field. In his first year alone, he produced over 500 kilograms of flour. He got investors, and bought his own mill to grind the flour. Today, he produces over 2,000 kilograms of flour per day. He uses an old-fashioned stone mill which keeps the flour cool, maintaining its rich flavor.

Akiva’s flour is now sold in health food stores all over the country. It is known as the “Israeli flour.” He even starting exporting to some supermarkets in NY under the label “La Bonne,” where there was a great demand for flour from the Holy Land. Akiva now has 15 employees, (not including his wife and children who also work in the factory),  who all live in nearby settlements, which many members of the international community condemn, located in Israel’s Biblical Heartland. It is clear, however, that the presence of hard-working Jewish people in Israel’s Heartland is making the word of God come to light. Akiva’s factory operates 24 hours, 6 days a week. On the Sabbath the whole factory closes, and all of the workers go home. “It is a big financial burden to close the factory on the Sabbath,”says Akiva, “Just the wear and tear on the machines for them to stop working, the metal parts cool down, and then to restart the engine Saturday night is very costly, but we feel, that that is were the blessings come from.”

Akiva is also the proud owner of vineyards that are thriving in the hills of his hometown in Samaria. His vineyards are the fulfilment of Jeremiah 31: 4, “Again shalt thou plant vineyards upon the mountains of Samaria; the planters shall plant, and shall have the use thereof.” No one believed that his vineyards would thrive in such a climate, but they have.

They didn’t always, though. Similarly to his wheat fields, the struggle to protect his vineyards from his Palestinian neighbors was an uphill battle. They were continuously vandalizing his land, stealing his fences. Eventually he gave up, and his vineyards became overrun with thorns. One day, his son went down to his vineyards, pointed out that the grapes were still surviving, even wrapped in thorny weeds. Those grapes, he said were the strong ones, and it is known that the strongest ones make the best grapes. So, together they cleared the field, and once again care for their thriving vineyards. His son was right, and that very same year, he produced the most delicious wine from those strong grapes. 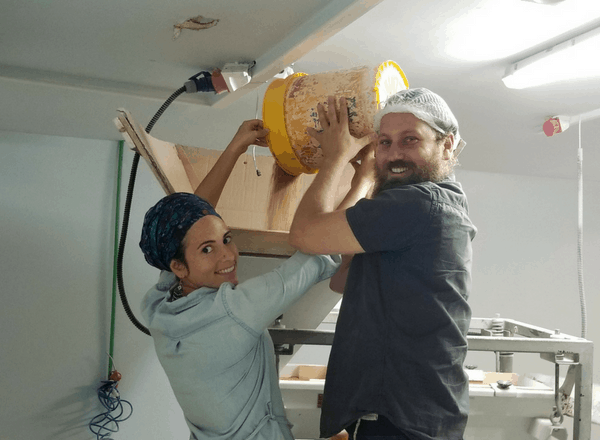 Although this may seem like a happy ending, the struggle of Akiva and the farmers of Israel is not yet over. Unfortunately, over the last several weeks, thousands of fields have been burnt by Palestinian terrorists in Gaza, using methods such as sending burning kites over the border into Israeli fields. A huge amount of crops have been ruined, as well as farming and irrigation systems. Wildlife has been killed, and natural habitats destroyed.

Please take a moment to write a short prayer in our comments box on behalf of the citizens of Israel who are dealing with a daily onslaught of agricultural terrorism. We will share your prayers with people like Akiva and on our Facebook page.

Pray for the Peace of Israel