Home » Stories » Rising from the Ashes

Rising from the Ashes

Sometimes we meet people with the absolute purest, unshakable faith. Avigail Ben Nun is one of those people. She attributes her faith to the miracles that she was blessed to witness throughout her life.

Her story begins as a young girl in Belgium. Avigail came from a big, warm, religious Jewish family in Antwerp. Her entire family of parents, cousins, uncles, aunts and grandparents lived all together in one five storey apartment building. This perfect childhood was abruptly interrupted with the outbreak of World War Two. Avigail’s family understood that they had to run, and they fled their home of Antwerp.

At just two years old, along with her infant brother, parents, and some other able-bodied family members, Avigail fled the only home she ever knew. The path they set out on was a treacherous and dangerous one, with the goal of reaching Switzerland. The first miracle that Avigail shared with me was an occurance on this journey. She and her family missed a train by only half an hour. That train was bombed, and there were no survivors.

The family hid in forests, on trucks, in barns, and even crossed mountains. When they were trekking in the mountains, starving and exhausted, they heard a woman cry out, “Jews! Help me!” Her father stopped and with the limited strength he had, he went back to help this woman who had injured her leg. He said that he could not leave someone behind who needed help. That is the kind of family Avigail comes from. One of giving, openness, and altruism.

It took two years of running, hiding, narrow escapes, and terrible danger to finally reach Switzerland.  Her family was placed into internment camps, her father was taken to a different one to work. Avigail, now aged four, and her brother, now aged two, were assigned to the children’s barrack, separate from their mother, who told Avigail to take care of her little brother. At just four years old, Avigail became her young brother’s caretaker.

Life in the camp was difficult, but liveable. They established a school, and Avigail went to first grade. She had several difficult encounters, but in these situations, she prayed to God, and He truly answered her prayers. She overcame terrible illnesses, was reunited with her father, and most importantly, her family survived and stayed together.

At the end of the war, Avigail and her family returned to their home in Antwerp to await the family members from whom they were separated. They were devastated to learn that not many would return from Auschwitz.

In 1949, Avigail’s family moved to the Jewish Homeland, the newly independent State of Israel. When she first arrived in Israel, and she heard the busdriver speaking Hebrew, she was overwhelmed with excitement. She turned to her father and said, “The bus driver is speaking Hebrew! I think he is Jewish!” The busdriver turned to her and said, “Maideleh (little girl), this is Israel, we are all Jews!” After years of running and suffering, she was finally home. 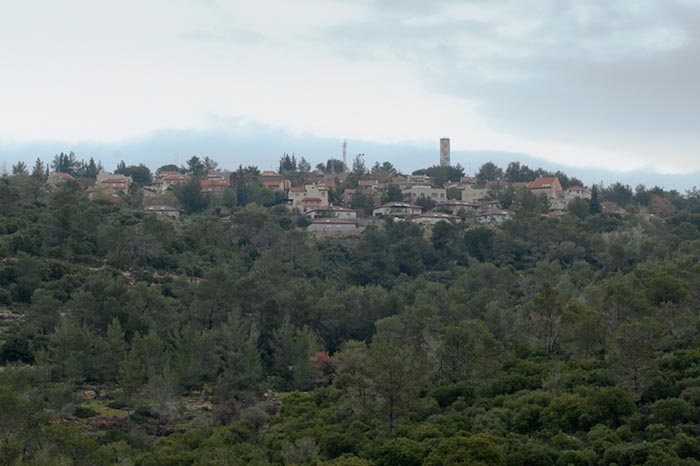 A few years later, when Avigail was twenty years old, she met her husband. After meeting only twice, they decided to get married, and were wed only two months later. They were both Holocaust survivors, and knew that they wanted a big family. Life had something else in store for them, though. They had their first daughter, followed by a son three years later, and then they waited another six and a half years before the birth of their second son. With the miraculous arrival of her third child, Avigail was overcome with a sense that she needed to give back, to do something special with her time. Her husband suggested volunteer work. Avigail tried volunteering, which she loved, but she felt that it was not enough. One day it hit her, she was going to be an active pioneer in the growth of the State of Israel; she was going to help establish a yishuv (settlement).

After much searching, Avigail fell in love with the area that would become Neve Tzuf. She helped found the yishuv, and she built a house in the architectural style of a Swiss chalet, the type of houses that she saw as a girl while running and living in the camp. To Avigail, this was closing a full circle. A Jewish refugee Holocaust survivor was participating in founding a new settlement in Israel.

Avigail and her husband raised a beautiful family of children, grandchildren, and great-grandchildren. The town of Neve Tzuf that Avigail helped established continued to grow and flourish around her. Then, in 2016, tragedy struck. In a series of arson terror attacks, Avigail received a phone call that her house, along with 22 others from Neve Tzuf, had been burnt to the ground by a Palestinian arsonist. Thankfully, Avigail and her husband were away that weekend. Her house was destroyed on Friday night, and by Saturday night she knew that although an entire community was burnt to the ground, not one person was harmed. This was truly a miracle, and instead of mourning the destruction of her house and the community that she had dedicated her life to, she celebrated. 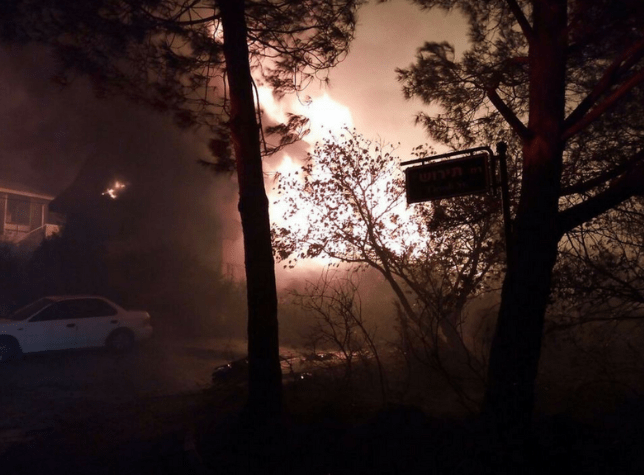 The fire in Neve Tzuf

The next day, Avigail returned home along with her family to inspect the ruins where her house once stood. Amidst the rubble, she found a red begonia, and she told herself that if this little flower could survive this devastation, so could she. When asked what it was like to lose her home, Avigail responded, “I lost my house, not my home. My home is Neve Tzuf, and it is still here.” She and her husband now live in a trailer in Neve Tzuf. As someone who dedicated her life to giving and helping others, it has not been easy for Avigail to accept help.

In 2017, tragedy struck Neve Tzuf once again when a Palestinan terrorist infiltrated the community and murdered three members of the Solomon family. He snuck into a home during Shabbat festivities and murdered an elderly man and two of his adult children. The family was gathered that Shabbat to celebrate the birth of a new baby, and it was a miracle that the others in the house survived. In order to honor those lost in the attack, Avigail proudly told me that Neve Tzuf is building an expansion to the neighborhood. When I asked her from where she gets this strength, and what is the source of her unshakable faith, she reminded me that she spent two years fleeing for her life. She said that during that time, her parents saw God’s hand in every single incident that they encountered and came out alive. She has taken this lesson and this faith with her throughout her entire life, and sees the best in every situation. She rose from the ashes of Europe to come build the State of Israel. Her children and grandchildren proudly served in the IDF. She had to rise again once more from the ashes of her destroyed house, but as she reminded us, it was only her house that was destroyed, not her home. Her home is Neve Tzuf, a beautiful settlement in the Jewish Homeland.