PrevPreviousIngathering of the Exiles: Bring the Jews of Ethiopia Home
NextThe Holy Food of the Holy Land – Unique Commandments that Only Apply in IsraelNext

For over 1,000 years,  tradition has identified the tomb of Rachel – Jacob’s wife and the mother of Joseph and Benjamin – in Bethlehem, south of Jerusalem. But, to the north of Jerusalem lies a special site that contains a great mystery – the mystery of Rachel’s grave.

Known by its Arabic name “Cobur Bani Israil,” five low, large, and long stone buildings are assumed to have been used for burial. These buildings date to the Intermediate Bronze Age (1900-2200 BCE) and are located at the starting point of Nahal Prat, on both sides of Highway 60, north of Jerusalem.

The Arabic name, which is translated as “The Graves of the Children of Israel” hints to an ancient Jewish burial site, whose possible identification might contradict the traditional location of Rachel’s Tomb.

In the book of Genesis, Chapter 35, we are told that Jacob, on his journey from Shechem, passes through Beth-El, where he erects a tombstone and changes his name to Israel, and continues on his way to Efrata, while Rachel kneels to give birth.

“And they journeyed from Beth-el, and the rest of the land came to Ephratha, and Rachel bore and clung to her birth … And Rachel died and was buried on the way to Ephratha, which is Bethlehem.” Jacob placed a tombstone on her grave.

According to the text and according to the accepted tradition today, it seems that Ephratah mentioned in the verse is Efrat which would indicate today’s Bethlehem, located in the region of Judea, south of Jerusalem

Everything would have made sense neatly, had it not been for a verse that says, “When thou art departed from me to-day, then thou shalt find two men by the tomb of Rachel, in the border of Benjamin at Zelzah.” (Samuel 1 10:2) This verse tells us plainly that Rachel’s burial is at the border of the Binyamin Region in the territory of the Tribe of Benjamin. It does not fit with the tradition that Rachel’s Tomb located in the region of the Tribe of Judah. 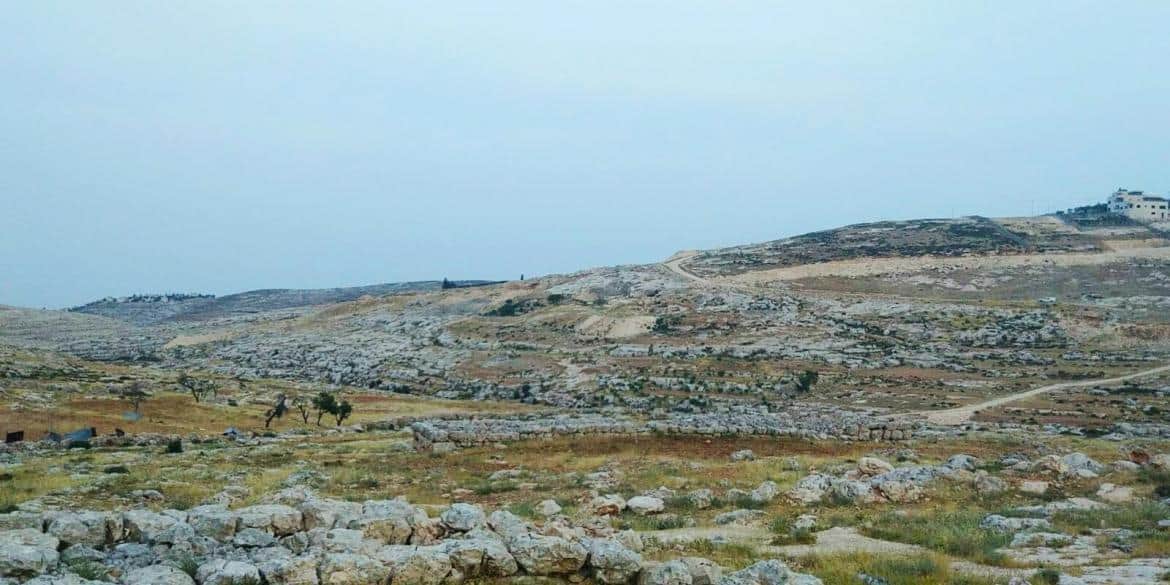 Further evidence that Rachel’s Tomb is located in the Binyamin Region can be found in a Talmudic commentary on the book of Deuteronomy in Chapter 2: “Rabbi Meir says: In the portion of her son died …” In the portion of Rachel’s son, that is, in the territory of Benjamin.

How can we reconcile this fact with the text that explicitly states that Rachel buried in “Ephrata is Bethlehem” and this place which we know as Rachel’s tomb is located in the Region if Judah?

To reconcile this difficulty, we will have to face east, to the wonderful nature reserve “Ein Prat” at the foot of the settlement Anatot. There, near one of the springs is Horbat Ein Parah, some identify it with the biblical city “Porah” described in the book of Joshua. Perhaps the “Porah” itself is “Ephrata.”

“Now the cities of the tribe of the children of Benjamin according to their families were Jericho, and Beth-hoglah, and Emek-keziz;and Beth-arabah, and Zemaraim, and Beth-el;  and Avvim, and Parah, and Ophrah;and Chephar-ammonah, and Ophni,and Geba; twelve cities with their villages:Gibeon, and Ramah, and Beeroth” (:Joshua 18: 21-25 )

Also, the list of Shavei Tzion mentions a city called Bethlehem in the tribe of Benjamin.

From the geographic context, it is clear that Bethlehem, mentioned in Nehemiah, is located north of Jerusalem: Giv’on, Anatot and Ozat are communities that are identified with great certainty in this area

Jeremiah’s prophecy also hints at the location of Rachel’s Tomb, “Thus saith the Lord: A voice is heard in Ramah, lamentation, and bitter weeping, Rachel weeping for her children; she refuseth to be comforted for her children, because they are not.” (Jeremiah 31: 14). “The voice in Rama” – the biblical level is identified with the village of A-Ram, at its foot are the five graves, a few kilometers away.

It is said that Jacob buried Rachel on the way to Efrat because he foresaw his children’s exile from the Land of Israel. He prophesized that the Jewish people would pass our mother Rachel’s grave, and pray that they would be returned to their homeland. Rachel asked God to take mercy on her children, and waited for their return. After 2,000 years, Rachel’s supplications have been answered, and the Jewish people have returned home, and are once again able to pray at the Tombs of Rachel and our other forefathers.