Home » Stories » Journey through the last Jewish communities in Ethiopia

Journey through the last Jewish communities in Ethiopia

As I was boarding the plane on a 1:00 am flight from Tel Aviv  to Addis Ababa, Ethiopia, leaving behind my wife and six children, the reality of my trip still had not sunk in. Everything had happened so quickly – how did I get here?

My name is AY Katsof. I am a captain in an intelligence unit in the IDF (res.) I live in the Heart of Israel in a small town in the Shiloh Valley, along with my wife and six children. I have a beautiful vineyard and olive trees. An Ethiopian friend casually mentioned the Ethiopian Jews that are waiting to be brought to Israel. I was shocked, “there are still Jews in Ethiopia?” She insisted that there were. I felt that if there are Jews in a far away country waiting for help, I needed to do what could to help bring them home. I kissed my family goodbye and along with a photographer, I boarded a plane to Africa to see for myself.

The Jews of Ethiopia trace their roots back to the Tribe of Dan. This tribe was “lost” after the destruction of the First Temple. Over 2,000 years ago, the Tribe of Dan was exiled with the rest of the Jewish people, but the tribes were scattered all over the region. Until recently, they thought they were the only Jews in the world.

When I arrived in Ethiopia, what I saw shook me to my core. I was not emotionally or spiritually prepared for what I saw.

I joined the Jewish community for prayer service. I was shocked to hear the same prayers that I hear at home, the very same ones that I have been saying for my entire life. They have the same exact Torah that we do, and read it in synagogue, just like we do. 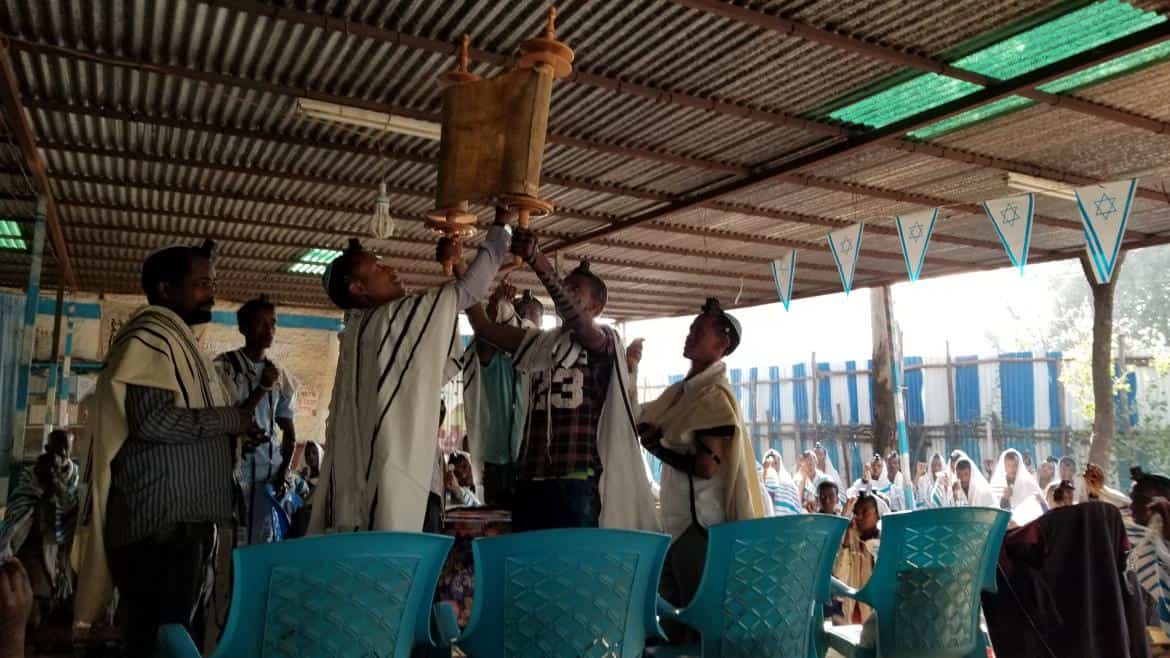 showing the Torah in the synagogue

The Jews of Ethiopia are living in extremely impoverished, meager conditions. Entire families live in one room with no running water. A lucky few have electricity for a few hours a day, and a “toilet” in the yard that they share with other families. Others need to go out to the forest for privacy. One thing that struck me though, was that the families had a place in their tiny huts to light Shabbat candles.

When I saw the corner for the Shabbat candles, I asked a woman to show me how she lights her candles for Shabbat. She regretfully told me she could not, as it was only Tuesday and she needed to save them for Shabbat and could not afford to buy more. I asked her how much they cost, and it was literally pennies. This amount of money that seems so tiny to me was so much to her, and yet she put aside that money each an every week in order to buy Shabbat candles. Her devotion blew me away, and I gave her money for extra candles, and asked her to show me how she lights them.

I sat in a small room where teenagers gathered around after school to hear the words of the Bible. The teacher was reciting the verse from Isaiah “And it shall come to pass in that day, that the Lord will set His hand again the second time to recover the remnant of His people, that shall remain from Assyria, and from Egypt, and from Pathros, and from Ethiopia…12 And He will set up an ensign for the nations, and will assemble the dispersed of Israel, and gather together the scattered of Judah from the four corners of the earth.” (Isaiah 11: 11-12). God has promised to bring back the Jews from the corners of the world, and even specifically mentions Ethiopia. The  bible teacher excitedly tells his students, “Isaiah is talking about us! We will return to Israel.”

These righteous Jews have kept the dream of returning to Jerusalem burning in their hearts. The even have a tradition that when the birds migrate, they call to them “send our love to Jerusalem!” When the birds return, they ask after their beloved Holy City. “Pray for the peace of Jerusalem; may they prosper that love thee.” (Psalms 122:6).

The Heart of Israel has heard the plights of the Jews of Ethiopia. The Binyamin and Shomron Regional Council has agreed to place these people in settlements in the Heart of Israel. The people of the region are eagerly awaiting the return of their brothers and sisters, and are excited to accept them with open arms. As it says in Isaiah 43: 6, “I will say to the north: ‘Give up,’ and to the south: ‘Keep not back, bring My sons from far, and My daughters from the end of the earth.” This project has become one of our top priorities, and we will not rest until the Jews of Ethiopia are brought home. 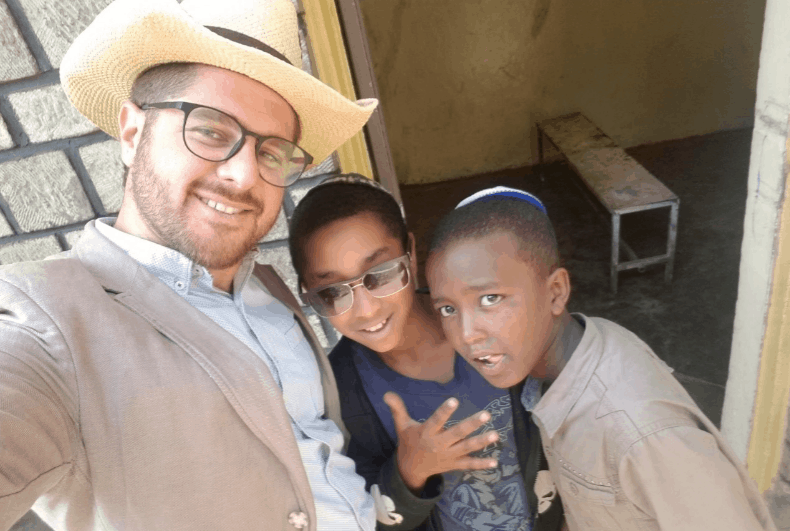