PrevPreviousIs there a rail on your roof?
NextThe Mikvah – the Jewish ritual bath houseNext

Rabbi Dr. Natan Slifkin has been interested in animals for his entire life. Everyone laughed at him when he was a boy and he said he wanted to own a zoo. Forty years later, his dream has come true in an unexpected way. Twenty five years ago, Rabbi Slifkin began to consider – what does the Bible have to say about animals? Little did he know that these ponderings would pave the way for his doctorate, several books, and eventually a successful museum in Beit Shemesh, Israel. Beit Shemesh was home to the prophet Samson. It is fitting that a museum dedicated to the animals in the Bible is situated near where Samson faced a lion!

People are often surprised at just how much the Bible has to say about animals. There is an incredible breadth of fascinating material on the subject, and Rabbi Slifkin has developed different educational programs, wrote the Torah Encyclopedia of the Animal Kingdom, and his doctoral thesis was on the History of Rabbinic Encounters with Zoology. All of his education and achievements have culminated in the founding of the Biblical Museum of Natural History. 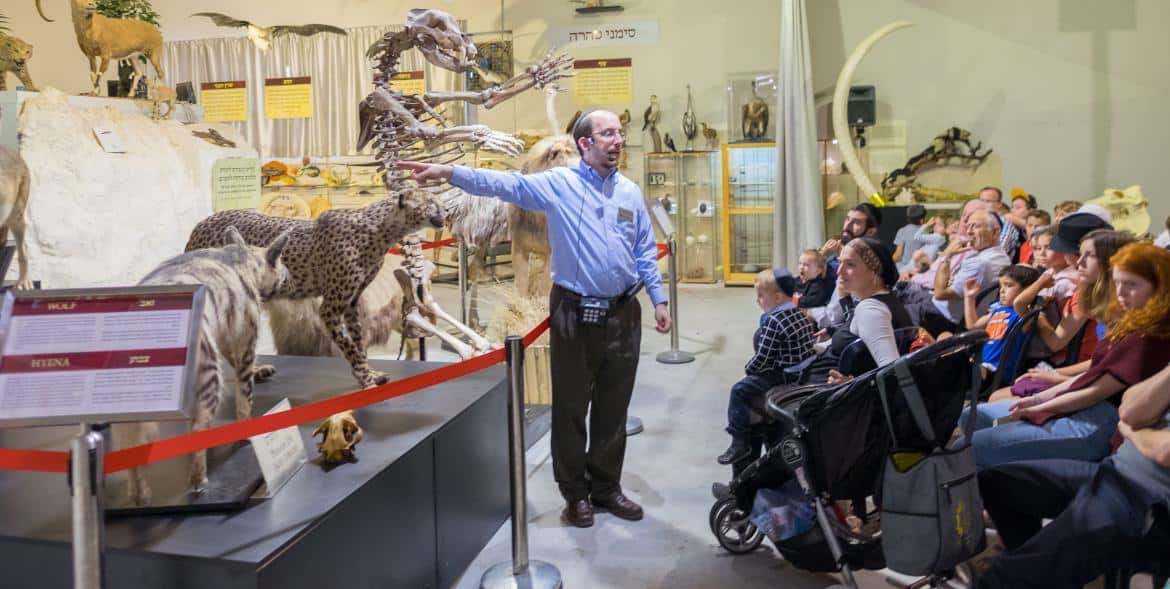 When Rabbi Slifkin designed the Biblical Museum of Natural history, he wanted to have an interactive, experiential exhibit. The museum is home to larger taxidermied animals, as well as a large collection of smaller live creatures. He wanted visitors to get up close to the animals, touch them, and handle the small ones themselves. 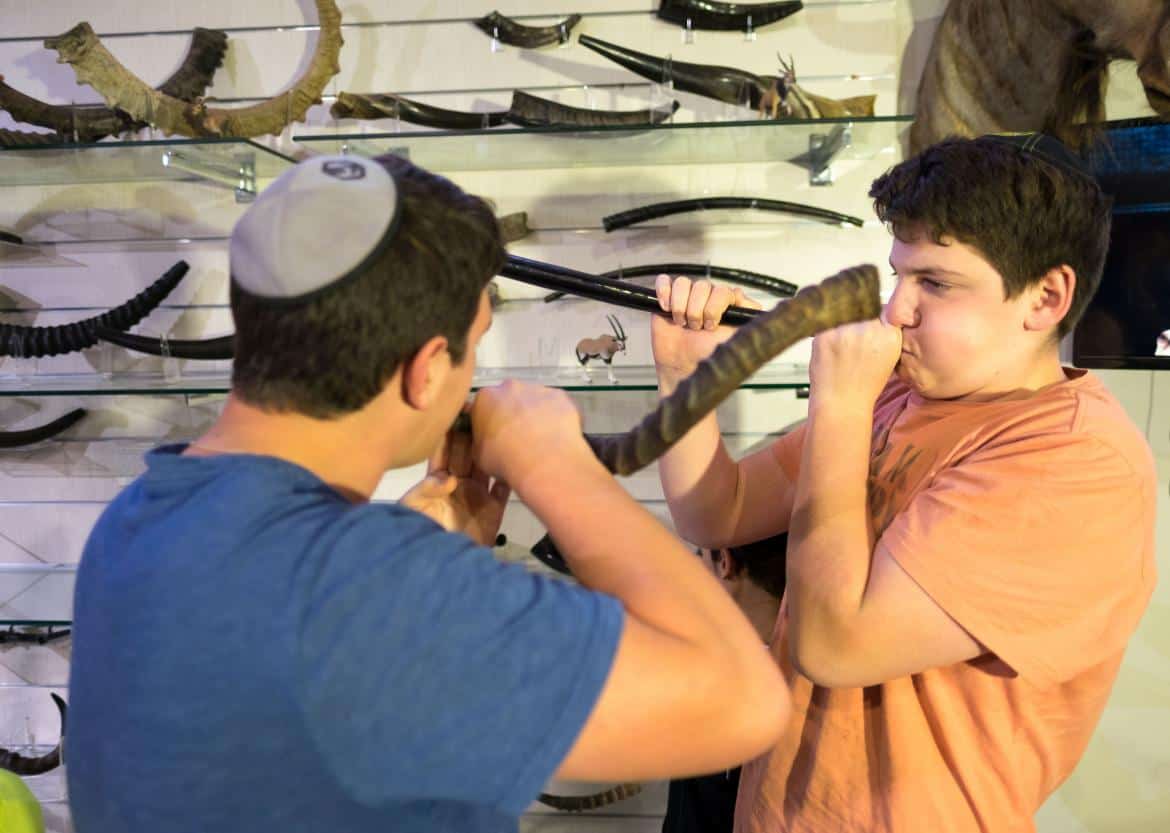 There are many mistaken translations of animals from the Bible. For example, the Hebrew word “shafan” is often translated as “cony” which is Old English for “rabbit.” The people who translated the Bible in Europe had to draw the translations from the animals that they were familiar with. In Europe, they would never have seen a hyrax, but would be familiar with rabbits. Psalms 104: 18 is commonly translated as, “The high mountains are for the wild goats; the rocks are a refuge for the conies.” From this verse, we can deduce what a cony really is. The wild goats found in the high mountains are associated with the Negev region of Israel, specifically Ein Gedi. If you investigate that area, you will find that the hyrax lives in the rocky terrain. For more interesting animal anecdotes from the Bible, make sure to check out Rabbi Slifkin’s Torah Encyclopedia of the Animal Kingdom נפתח בחלון חדש נפתח בחלון חדש.

The Bible features a long list of very unusual animals. The strange combination is due to Israel’s geographical location. As we are situated at a crossroad of Europe, Asia, and Africa, Israel is home to animals that are indigenous to all three of those continents. Some of the animals listed in the Bible can no longer be found her due to millenia of hunting and man’s impact on the environment. The Romans captured and killed many animals, and destroyed forests eliminating the natural habitats of several species. In the last century, ostriches became extinct in Israel because of hunting.

The museum is wonderful for all ages, and people from all backgrounds and faiths. Visitors come from all over the world, and they have hosted everyone from Amish to Hassidish, Muslim, and everything in between. The museum features wonderful exhibits including Wonders of Creation, Biblical Animals, a shofar collection, live animals, and more. Book your tour in advance נפתח בחלון חדש נפתח בחלון חדש to experience Biblical wildlife for yourself. 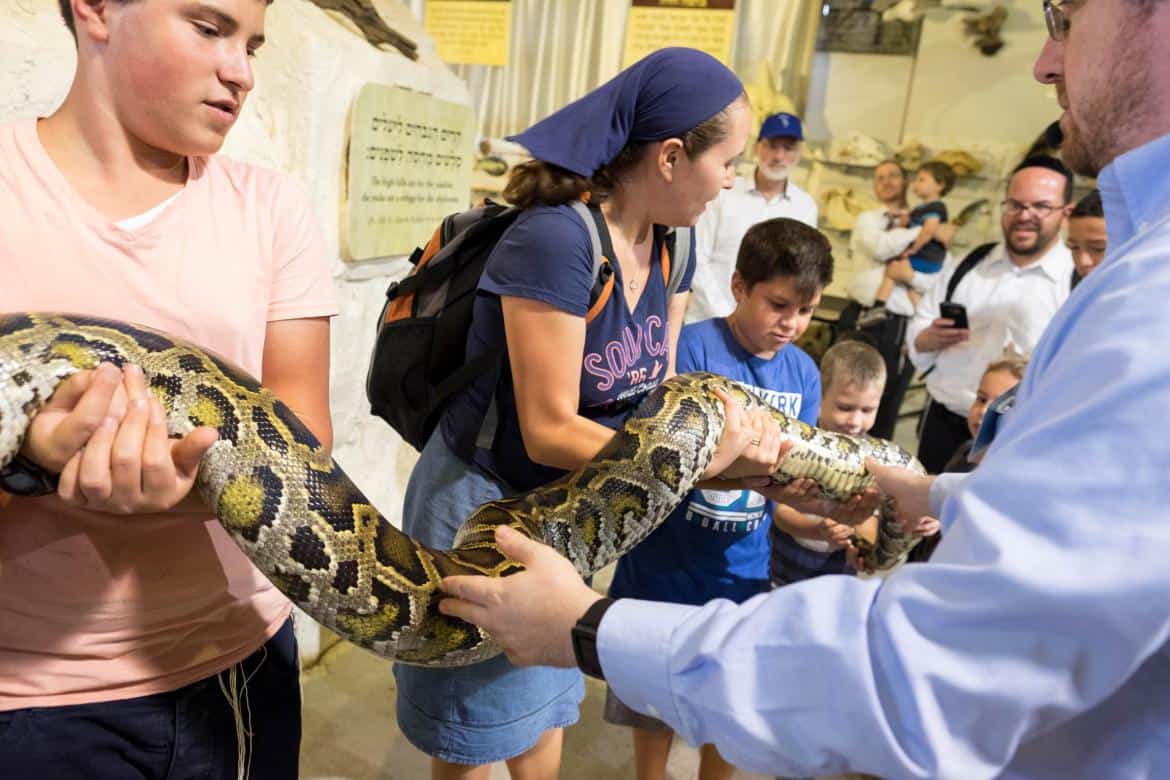